Tomcat is an open-source web server and servlet container developed by the Apache Software Foundation, it was initially known as Jakarta Tomcat or Tomcat. If you want to deploy and execute Java applications that are written in Java technologies including Java Servlet, Java Server Pages (JSP), etc, then you require Tomcat. TomEE is built on top of Tomcat. It is the Java Enterprise Edition of Apache Tomcat (Tomcat + Java EE = TomEE).

If you have a website running on a production server with a Tomcat environment, your website might get thousands of web requests per minute. At this point, you most likely feel that the memory resources usage in one Tomcat JVM become overwhelmed. To prevent your server from going down or unresponsive, you can configure a Tomcat cluster by placing two or more Tomcat servers. A cluster is a group of servers that communicate with one another, and the Tomcat instance in a Tomcat cluster is often referred to as a node. Clustering instances of Tomcat make them interconnected.

The LiteSpeed Web ADC is a high-performance HTTP load balancing solution that can distribute traffic across multiple nodes and improve the speed of the services on the backend. It supports the next-generation HTTP/3 protocol to distribute traffic for optimal performance. It also provides cyber protection such as WAF, Brute force attacks defense, Layer 7 DDoS filtering, and IP level bandwidth and request rate throttling.

High availability and performance are the key aspects when choosing the web hosting provider. If you have a heavy website, there are a lot of processing like importing, exporting, calculations, etc. As a result, chances to max out the CPU and disk are the mortal enemy of real-time transactions. Your website visitors also demand a fast loading time, and if you are unable to resolve this issue, this leads to loss of interest from your visitors, loss of sales and loss of SEO rank.

These days high availability and database clustering are very important for highly loaded production applications. If your server is down for a fraction of time, you are losing customers and money. Therefore making a database environment highly available has typically one of the highest priorities. Set up a highly available cluster is not easier for any developers and system administrators. 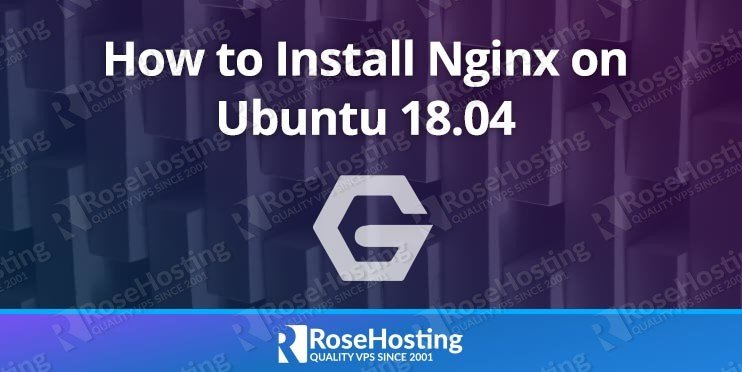 Nginx is a free and open-source high-performance web server. It is also well-known for its reverse proxying, caching, load balancing, and media streaming. Configuring it is made simple, and it has low memory usage. A common misconception is that Apache is easier to use than Nginx – however, Nginx is just as easy-to-use as Apache. In this tutorial, we will show you how to install Nginx on an Ubuntu 18.04 VPS.