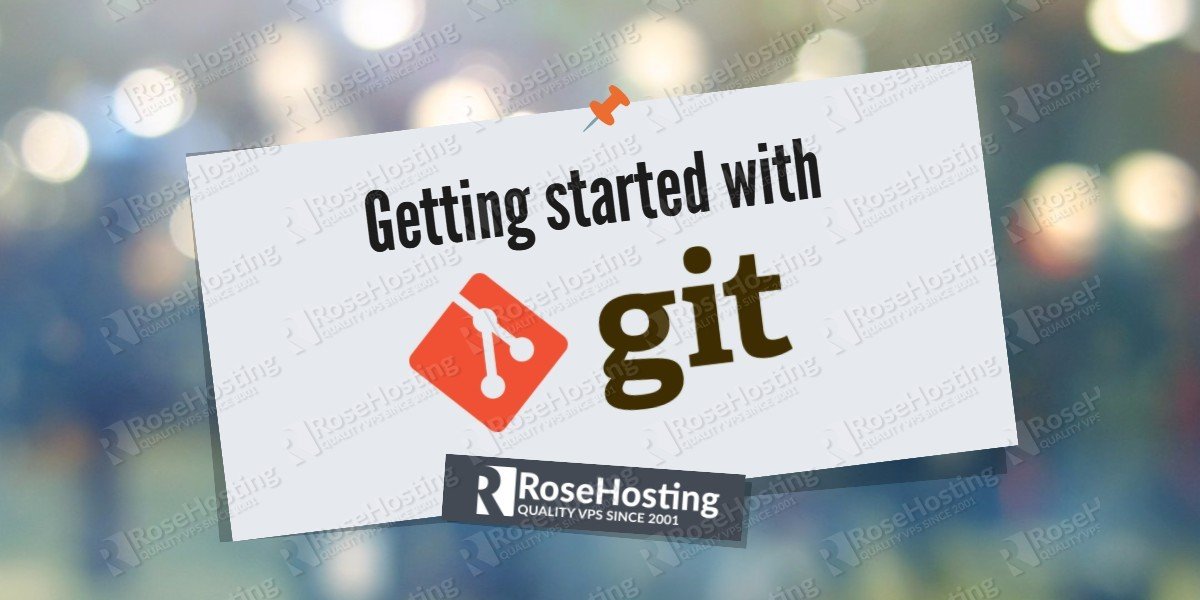 Git is an open-source distributed version control system used by the software developers for small and large projects. It comes with very useful features and it is very easy to learn. In this tutorial we are going to show you how to install Git on a Linux VPS and explain the basics of Git so you can start using it.

First of all, connect to your VPS via SSH.

If you are using an Ubuntu VPS, go ahead and install Git on your system using the commands below:

If you are using a CentOS VPS, you can use the following command to install Git:

To check which version of Git is installed on your system, use:

Now that you have Git installed on your Linux VPS, you might like to proceed with the Git configuration. Basically, you will need to configure your name and email address. That way the commit messages will contain the correct information. To update your name and email, you can use the following commands:

Of course, you need to replace Your Name and user@domain.com with your own information.

To check the configuration information you can use:

How to create a directory for your first project.

The command above will create a new directory called git_repo inside your home directory. Feel free to use a different name.

To initialize an empty Git repository in the directory you’ve just created, use the following command:

To check the status of the working directory and the staging area you can type:

Since the repository doesn’t contain any files, you will see something like this:

Once you create a file, you need to add the file contents to the index. You can do that by using the following command:

For more Git command line options you can use the following command:

This is the list of most commonly used Git commands:

For more information and usage examples you can read the official Git documentation which is available at https://git-scm.com/doc.

Of course you don’t have to do any of this if you use one of our Git Hosting services, in which case you can simply ask our expert Linux admins to install Git for you. They are available 24×7 and will take care of your request immediately.

PS. If you liked this post please share it with your friends on the social networks using the share buttons or simply leave a reply below. Thanks.