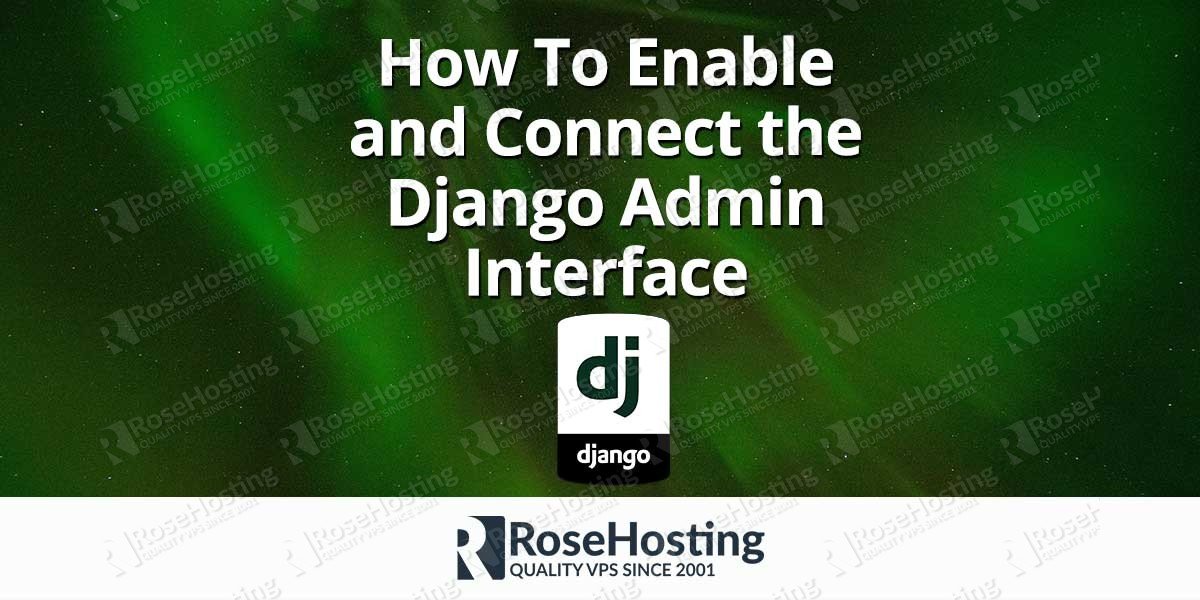 In this tutorial we will show you how to enable and connect the Django admin interface on a CentOS 7 VPS. Django is one of the most popular open source web application frameworks. It is written in Python by experienced developers. Django was originally designed for news websites because it can be easily scaled to handle very heavy traffic and it allows developers to make web application development faster and create complex, database driven websites without having to start coding from scratch. Django is a cross-platform application and supports all popular operating systems, but this tutorial was written especially for CentOS 7. At the time of writing, the latest Django version is 1.11.12.

First, you need to log in to your server via SSH as root user:

make sure that you replace “IP_ADDRESS” and “PORT_NUMBER” with your actual server IP address and the SSH port number.

After you are logged in, make sure that your CentOS 7 server is up-to-date by running the following commands:

Pip is a powerful package management tool, and it is used to install and manage software packages written in the Python programming language. Since Pip is available in the community repository of non-standard packages known as EPEL (Extra Packages for Enterprise Linux), we need to install the epel release for CentOS 7.
Download the epel release for CentOS 7.x using the wget command:

and install the epel-release-latest-7.noarch.rpm RPM package using the following command:

Then, install pip and upgrade it to the latest version available using the following commands:

4. Verify the Pip installation on CentOS 7

At this point you should have the pip package manager system installed and ready to use on your CentOS 7 VPS. If you want to verify that the installation was successful you can use the following command:

If you get output similar to the one listed above you are ready to use pip on your CentOS server and use it to install Django.

There are many different ways to install Django on a CentOS 7 VPS. It can be installed using a rpm package available in the EPEL repository, through pip so it is available on a server globally, through pip on a virtual environment, or we can install it using git. For the purposes of this tutorial, we will install Django through pip on a virtual environment. Using this method is recommended as it provides the most flexibility in building new projects. This way, installed Django version will be more up-to-date than if it was installed from the EPEL repository.
Prior installing Django, install the virtualenv package and create the Python virtual environment:

Install the Django package into the virtual environment:

In order to verify that the installation was successful you can use the following command:

The output should look similar to this:

Edit the settings.py file and add the following lines at the end:

Run the following command to transfer the new project database to the SQLite database:

Edit the request.py file and add your server IP address:

Run the following command to run your new Django project:

This will start a server which is listening on port number 9090.

Open your favorite web browser and type this URL http://your_server_ip:9090/admin (change your_server_ip with the actual server IP address), and enter your Django superuser username and password which you have created earlier.

In order to leave the virtual environment, run the following command:

PS. If you liked this post, on how to enable and connect the Django admin interface on CentOS 7,  please share it with your friends on the social networks using the buttons on the left or simply leave a reply below. Thanks.