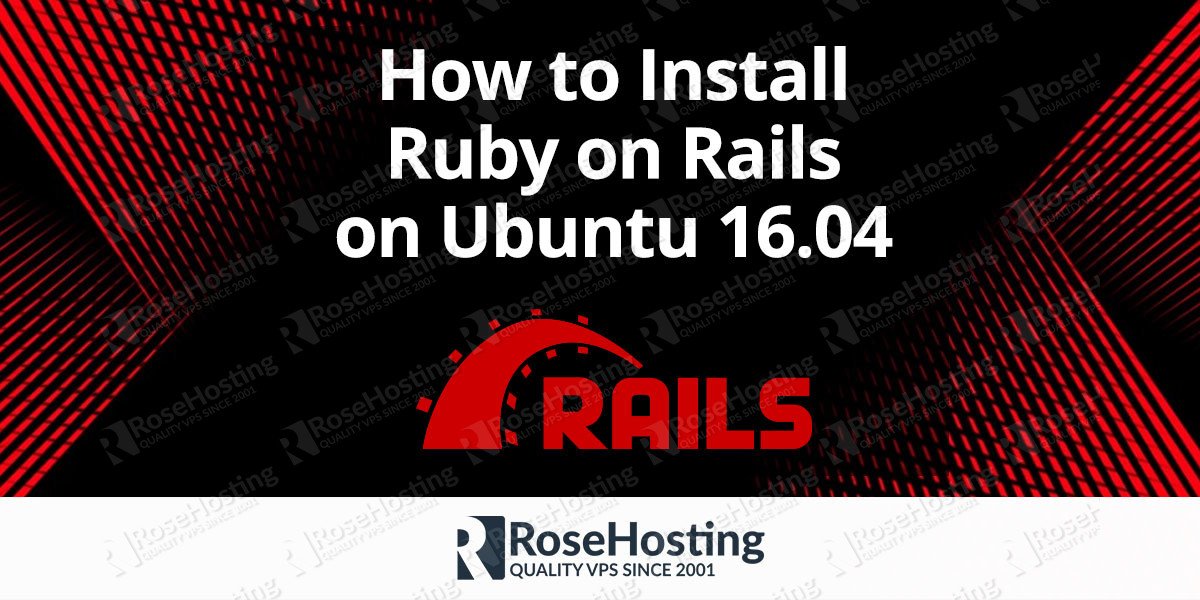 1. Connect to your server via SSH and update your system

First of all, you need to connect to your server via SSH as root or as a regular system user and update all your system software to the latest version available. For that purpose you can run the following command:

One way of installing Ruby on Rails on an Ubuntu VPS is by using the Ruby Version Manager, or shortly RVM. We will use RVM to install Ruby on Rails in this tutorial. In order to install RVM on your server, you can use the following commands:

3. Install CURL on your server

that means curl is not installed on your server. Go ahead and install curl by using the command below:

To start using RVM you need to run:

To list which Ruby versions are available for installation, run the following command:

6. Install the version of your choice

To install a specific version of Ruby (for example 2.3.0) you can use the command:

Rails is a Ruby gem and different versions of Rails are available for installation too. To install Rails you can use the command below:

To verify the installation as well as to check what version of Ruby you are currently using, you can use the command:

To do the same for Rails, use the command:

This should take no longer than a minute. Once your new Ruby on Rails application is created, you can start developing the application. There are new guides for Rails 5.0 which will help you understand how all of the pieces fit together. Good Luck!

PS. If you liked this post on how to install Ruby on Rails on Ubuntu 16.04 please share it with your friends on the social networks using the buttons on the left or simply leave a reply below. Thanks.