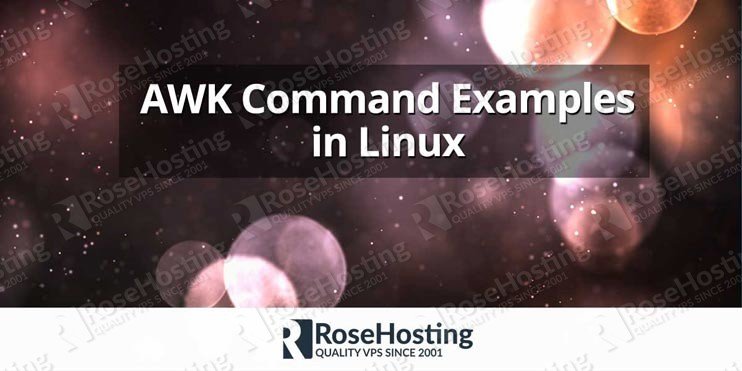 AWK is a very useful scripting language for text processing. This language is executed by the awk interpreter. It allows the user to process some input, define variables, use logical operators, string and numeric functions, extract data and generate formatted reports. AWK’s syntax is very familiar to C language and it is a direct predecessor of Perl. All AWK scripts can be converted into Perl scripts using a2p utility. In this tutorial, we will show you several practical examples of awk command examples in Linux.

How to install AWK in Linux

Login to your  server via SSH as user root

In order to install the AWK command line utility on CentOS/Fedora or any other RPM-based Linux distribution, run the following command:

On Ubuntu/Debian, you need to invoke this command to install gawk:

Simple awk commands can be easily run from the command line, and for more complex tasks should be written as awk scripts to a file. Listed below are some useful examples of awk commands and executable scripts.

This is quite useful if you are investigating if your server is under a DoS or DDoS attack.

The command above will delete all frozen emails from the Exim mail queue.

You should be able to see the user accounts available on your server, followed by the date and time of the last login of each user.

There are some newer languages such as Perl and Python which can be used instead of AWK, but using AWK commands in Linux, has some advantages because: 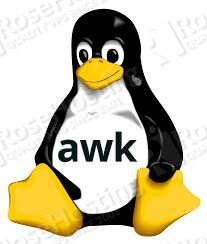 Of course, you don’t have to do any of this, if you use one of our Optimized VPS Hosting Solutions, in which case you can simply ask our expert Linux admins to help you with this. They are available 24×7 and will take care of your request immediately.

PS. If you liked this post on AWK command examples in Linux, please share it with your friends on the social networks using the buttons on the left or simply leave a reply below. Thanks.