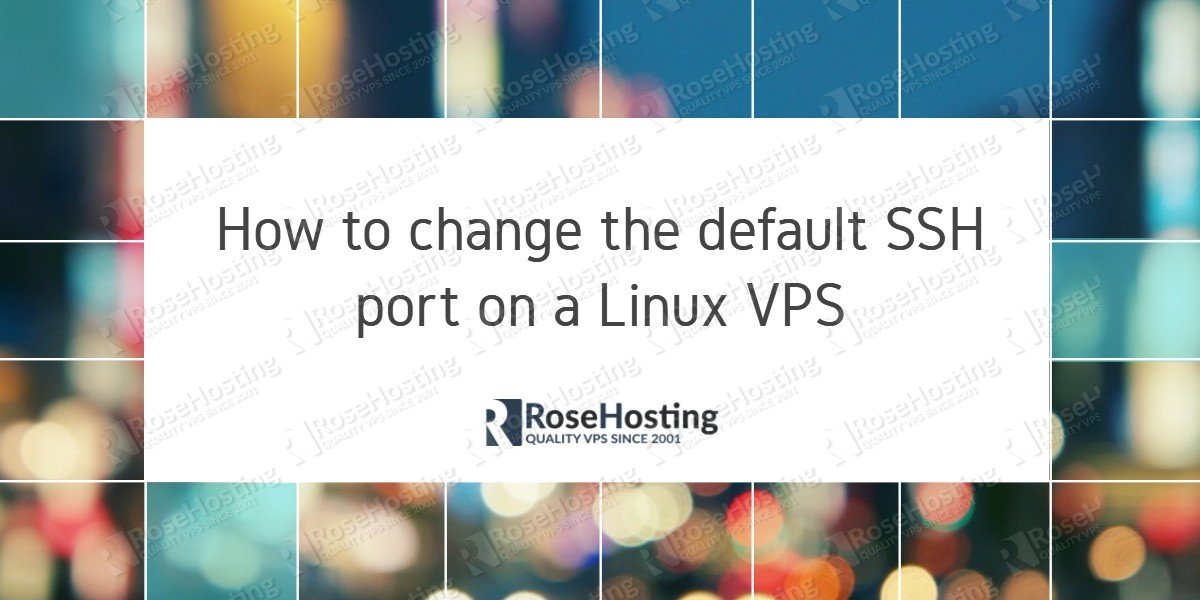 Thousands of brute-force logins are attempting to gain access to servers around the world trying to login to the default SSH port looking for weak passwords on the default accounts. Some of them will even try to use the usual variants such as port 222 or 2222. If you change the SSH port to a random number, for example, 2569, you will get rid of most of these annoying and sometimes dangerous brute-force attacks. Changing the default SSH port on Linux, is an easy task, carefully follow our tutorial below and you should have it done in less than 10 minutes.

In this article we will show you how to change the default SSH port, to strengthen the security of your Linux VPS.

First of all, login to your server via SSH as user root

Once you are logged in to the VPS as user root update the installed packages.
CentOS / Fedora

Once the system is updated, open the SSH configuration file with your favorite text editor and find the lines that specify the SSH port.

Uncomment the relevant line by removing the # sign and change the default port 22 to the one that you want to use. In this article, we will use port 1012.

Save the changes and exit.

NOTE: Before changing the port, you should make sure that the new port is free and it is not used by another service on your VPS. You should also check if the port is not closed in your server firewall.

Now, restart the SSH service for the changes to take effect.

Once restarted, SSH will listen on port 1012. You can check this by executing the following command in the terminal

According to the output of the netstat command, the SSH port is changed, and it is now listening on port 1012.

You can secure SSH even more by using passwordless login with SSH keys, or two-step authentication as described in our previous blog articles.

PS. If you liked this post, on how to change the default SSH port on Linux, please share it with your friends on the social networks using the buttons on the left or simply leave a reply below. Thanks.

1 thought on “Change the default SSH port on Linux”