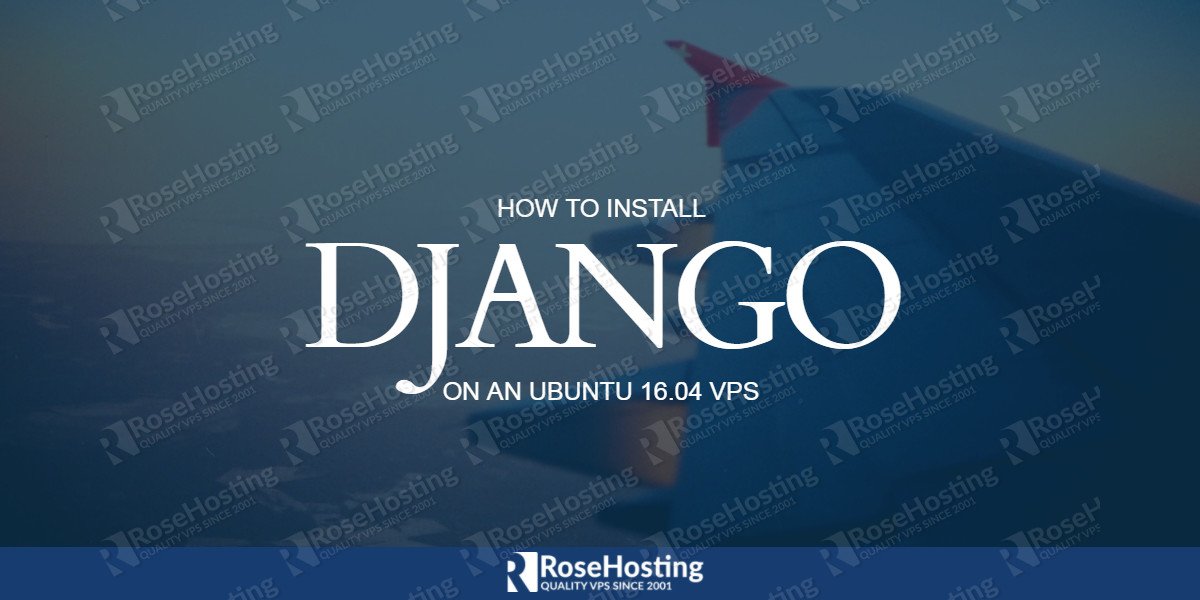 We’ll show you How to Install Django on Ubuntu 16.04. Django is a free and open source, Python-based web application framework. It is a set of useful components that help developers to easily and quickly create their applications. Django is built and maintained by experienced developers and used by some of the world’s biggest companies and governments. Also, some of the most popular websites such as Instagram, Mozilla, Pinterest, The Washington Times and Disqus are using Django. Installing Django on Ubuntu 16.04, is an easy task if you follow the steps bellow carefully.

Django has tons of great features such as the following

In this tutorial, we will show you how to install Django on an Ubuntu 16.04 VPS through pip.

First of all login to your Ubuntu VPS as user root

It is a good practice to always update all installed packed on the server to the latest version. So once you are logged in, make sure that all packages are updated

The best way to install Django globally is by using the Python package manager (pip). This way you will always install the latest available version of Django on your server.

Install pip on your server by executing the following command

Or you can use Python3, as recommended by Django.

You can find more detailed information about the pip installation in one of our previous blog posts.

Check if pip is successfully installed

or for Python 3 run

Now, you can install Django with one single command

or if you are using Python 3

Check if Django is successfully installed on your server

6. Update Django to the latest version

You can go ahead and update it

Of course, you don’t have to Install Django on an Ubuntu 16.04 if you use one of our Django VPS Hosting services, in which case you can simply ask our expert Linux admins to install Django on your Ubuntu VPS for you. They are available 24×7 and will take care of your request immediately.

PS. If you liked this post on how to install Django on an Ubuntu 16.04,  please share it with your friends on the social networks using the buttons below or simply leave a reply in the comments sections. Thanks.