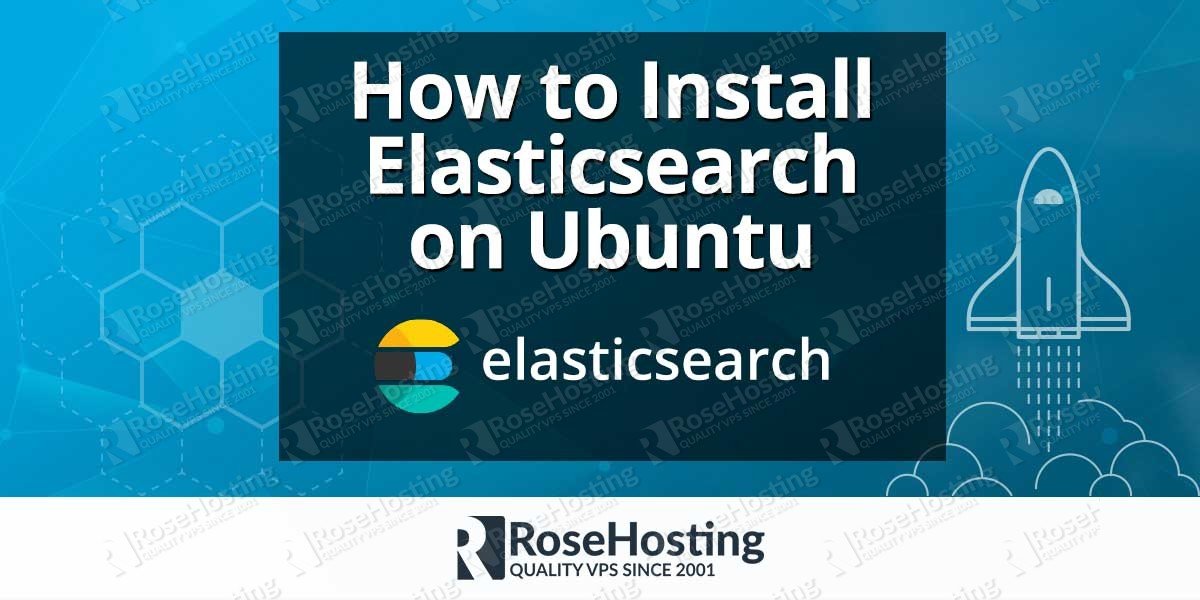 We’ll sho you, how to install Elasticsearch on an Ubuntu. Elasticsearch is a distributed, scalable, real-time search and analytics engine based on Lucene. It enables you to search, analyze, and explore your data with an HTTP web interface and schema-free JSON documents. It is developed in Java and is released as open source under the terms of the Apache License. Installing Elasticsearch on Ubuntu, is an easy task is you carefully follow our tutorial below. Installation of Elasticsearch on Ubuntu should take less then 10 minutes.

Below are several of Elasticsearch features:

We will be using our SSD 1 Linux VPS Hosting plan for this tutorial.

Login to your server via SSH

3. Check the version of Ubuntu

You can check whether you have the proper version of Ubuntu installed on our server with the below command:

Which should give you the underneath output:

Make sure your server is fully up to date. Also, install wget and unzip:

Since Elasticsearch is written in Java, you will need to install a Java Runtime Environment on your server. Therefore, add the Java PPA repository in your Ubuntu system with the below command:

Check if Java has been properly installed:

You should receive the following output:

Download Elasticsearch from the respective website. As you can see, downloads are available in zip, tar.gz, deb and rpm packages. For this install process which will run on Ubuntu it is better if you use the Debian package (deb) because it will install everything that is needed in order for Elasticsearch to run. Therefore, enter the below commands:

Once the deb package is downloaded, install Elasticsearch using the dpkg command as shown below:

The script that will be used to stop/start/restart this platform is /etc/init.d/elasticsearch

Enter the following command to ensure that Elasticsearch will start automatically on boot.

Now let’s do some basic editing on the /etc/elasticsearch/elasticsearch.yml file which is the main config file for Elasticsearch. Open the file with your favorite text editor. We are using nano:

Update the node.name and cluster.name values with your server name (hostname) and the name that the cluster will be associated with. For example after our modification, the lines in the file look like the ones below:

Of course there are many configuration settings that can be tweaked according to one’s needs, however we will leave it to you and your preferences. For further information you can use Elasticsearch thorough documentation.

Once you are finished with editing the file, save and close it. Then start Elasticsearch:

Congratulations, you have successfully installed Elasticsearch on your Ubuntu 14.04 VPS.

PS. If you liked this post, on how to install Elasticsearch on Ubuntu, please share it with your friends on the social networks using the buttons on the left or simply leave a reply below. Thanks.

3 thoughts on “Install Elasticsearch on Ubuntu”