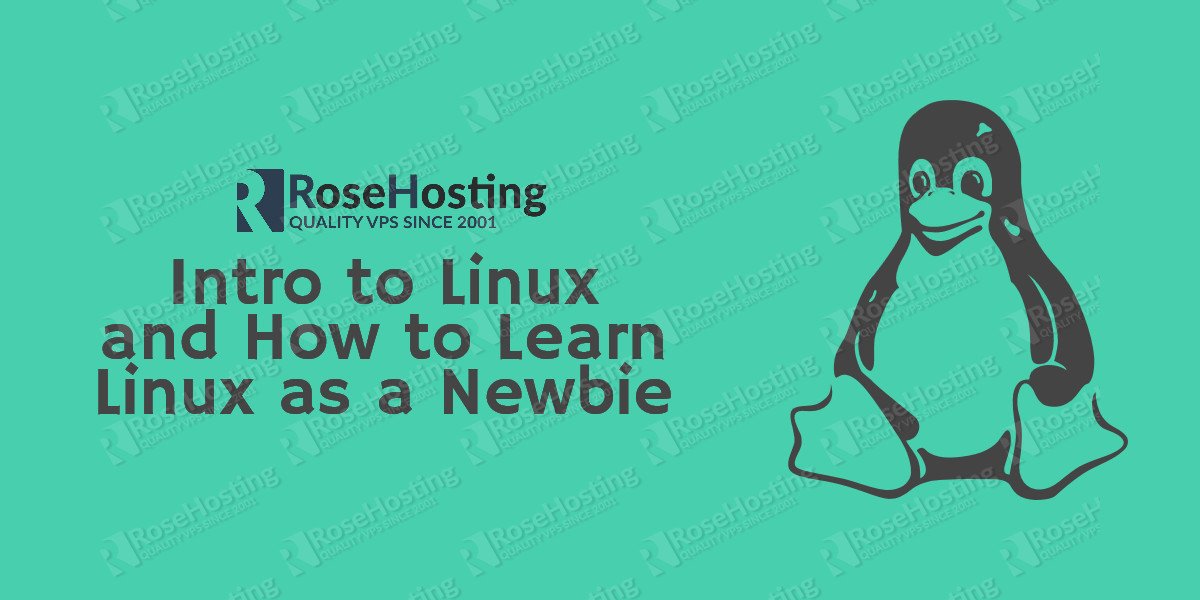 So you finally decided to start learning and using Linux, but everything seems complicated and overwhelming? We’ll guide you through the learning curve and help you with actionable tips on how to get started with Linux.

First off, you must understand what “Linux” actually is. In short, it’s an operating system (OS) used by millions of devices worldwide, from desktop computers, laptops, mobile devices to home appliances. The website you are currently reading this post on is powered by a Linux server. You can run different software and applications on top of the Linux OS. There are pre-compiled, pre-built “set” of applications and software that run on Linux, most commonly known as Linux distributions (distros). If you’re already familiar with Windows or Mac OS, you’ll most likely have an easy time adjusting to a Linux desktop distro, like Ubuntu or Mint.

Our Linux VPS Hosting plans are fully managed with free 24/7 support. They are great for beginners. You don’t have to be a Linux professional in order to use our fast, secure and fully managed Linux servers. We’re here to help 24/7. Focus on your websites, and let us take care of your Linux servers.

There are different Linux distros out there, all with different setups and all are great for different uses and purposes. You can even build a distro yourself, and implement any GNU software you want to your OS.

The most popular Linux distro for desktop computers

The most popular Linux distro for home desktop computers is Ubuntu. You can even check their online tour, which is a sort of a Demo of the Ubuntu desktop distro. Ubuntu is a wise choice for beginners, as it’s one of the most popular distros and it has the largest online community, meaning that you can easily find or get help from other Ubuntu users. Aside from the community, you also have a large, detailed documentation. And everything’s free, including the documentation and the distro itself.

The most popular Linux distro for servers

Most websites online run on a Linux server. Even if you use a control panel (like cPanel), the panel itself runs on a Linux server. The most widely used distros for servers are Ubuntu and CentOS. The Ubuntu server edition is much similar to the desktop version, with the only difference that you don’t have a Graphical User Interface (GUI) on your Ubuntu server. CentOS is most used by businesses and web hosting providers. The most popular control panel (cPanel) runs on CentOS. You are free to edit and change any Linux distro according to your needs. You can install a desktop environment on top of CentOS and you can use CentOS on a desktop, with a GUI.

There’s no wrong choice for a Linux distro. You should do your own research and find the best distro for you and your needs. What works for you may not work for someone else, and vice versa.

Benefits of Linux over Windows

Linux is used all around the world for different purposes and use cases. Some of them are:

Linux can be used for just about anything. Our recommendation is to start using it and start learning it ASAP.

Why you should learn Linux

Why not? The benefits you get from Linux are endless. Aside from the benefits of using Linux we previously mentioned and the real world use cases, there are other reasons why you should learn Linux:

How to learn Linux

Ready to start learning Linux? That’s great. Here’s are our recommendations on how to do it:

You are left many options on where to learn Linux, and now you know how to. You can always google any issues or question you may have and you’ll most likely find an answer. The Linux community is very active and has already solved and answered just about any question you may have. It’s never too late to start learning Linux. The kernel and distros are constantly updating and changing, but the basis is still the same. There’s always something new to learn about Linux, even if you are a professional.

Follow us on social media where we post our #RoseTips – quick and useful Linux tips and tricks.