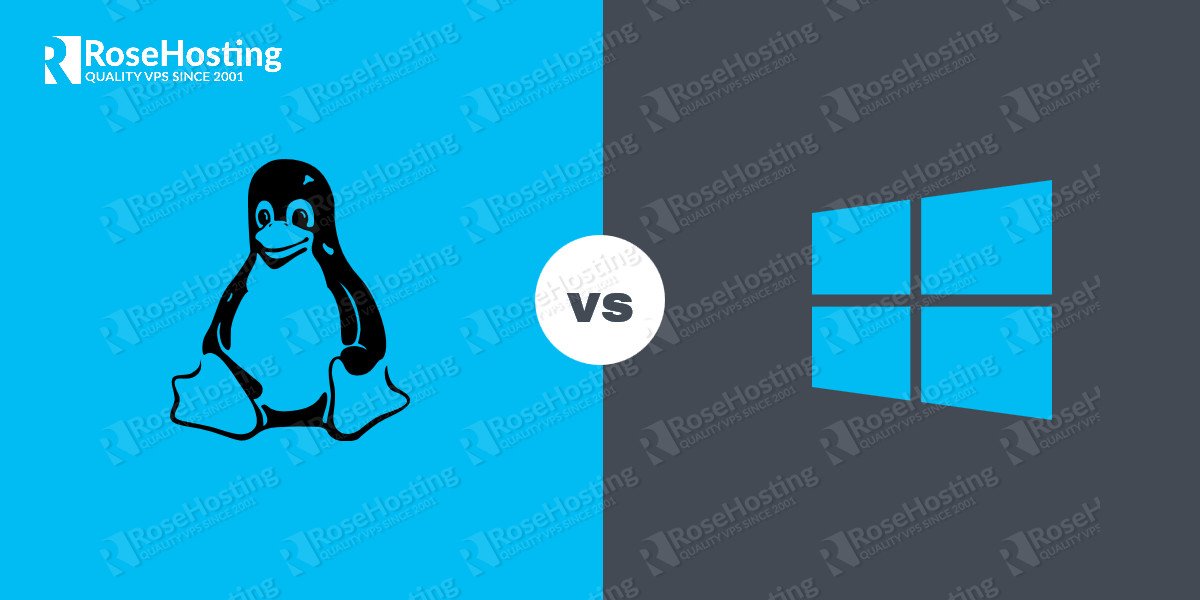 In this post, we will explain the key differences between Windows and Linux VPS hosting packages. However we will point out in advance, since we are a Linux-based company, the accent will be put on the Linux hosting services. Although both Linux and Windows each have their own advantages and disadvantages, as a start it is worth pointing out that today Linux is the most widely used operating system in the world found almost everywhere, from websites to android devices, to WiFi routers and even in household appliances.

[ecko_alert color=”blue”]Of course, you don’t have to do any Linux server management on your own if you use our Linux VPS Hosting services. Free Fully Managed Support is included in all our VPS Hosting packages so you can simply ask our expert Linux admins to help you with anything related to your Linux server. They are available 24×7 and will take care of your request immediately. [/ecko_alert]

Windows servers have many drawbacks, so unless you are looking to use a specific Microsoft technology, like a .NET solution, or MS SQL database or another proprietary application that works only on Windows, there really is no other need to use a Windows VPS.

Today, Linux is by far the most popular and the most widely used operating system. The most popular CMS systems (WordPress, Joomla, Magento) all of them are build to run on Linux servers. The most widely used databases in the world (MySQL, MongoDB, PostgreSQL) are also designed to give out best performances on Linux based servers. The most widely used programming languages C, C++, Python, PHP, Perl, etc. also have their origins on Linux servers and they all work best on a Linux system. If you are an average user or a small or medium business company not tied to Windows technology, Linux based hosting will provide you with the best cost-effective solution for performance and security.

PS. If you liked this post please share it with your friends on the social networks using the buttons or simply leave a reply below. Thanks.

3 thoughts on “Differences Between Linux and Windows Hosting”