The purpose of web servers is to store files belonging to a website and broadcasting them further online to your audiences. Web hosting is simply the service offered by hosting providers where they lease web server resources to other users.

Approximately 18 years ago, in 2003, a web server called LiteSpeed was released. About 4 years later in 2007, it was configured to what we know it now, a more efficient Apache replacement.

LiteSpeed might be one of the best friends of scaling WordPress (and other) websites. As mentioned above, the use of Apache drops with the popularity of websites. The reason for it being the fact that Apache has some speed issues when it comes to high traffic popular websites. The size of the market share of Apache is emphasizing the importance of LiteSpeed.

LiteSpeed exists precisely to help bridge Apache performance issues. It is designed primarily for high-traffic websites. You will be able to read more about this later in this article.

One of the main deal-breakers is that LiteSpeed is configured to be a drop-in replacement for Apache.

What this means for their users is that once they decided to scale up their website due to an increase in traffic, they can simply drop LiteSpeed in and replace Apache thus improving performance seamlessly and efficiently, without any downtime.

If your WordPress website is no longer performing well enough with your current hosting solution, switch to LiteSpeed. With LiteSpeed, you will be looking at a performance up to 200 times better than that of Apache. LiteSpeed is designed to communicate to hundreds of users and respond to thousands of requests per second. Custom PHP LSAPI of LiteSpeed increases PHP performance and it is unparallel when it comes to serving static content. WordPress relies heavily on PHP. A load of your WordPress website could drop up to 10 times just by switching to LiteSpeed.

Consequently, speed improvements also follow with up to 6 times increase when compared to Apache, which is reduced to about 3 times with SSL certificates added.

When there is a need for further performance acceleration, dynamic websites using CMS such as WordPress can turn to LiteSpeed Cache for a performance boost which comes free as a part of all available LiteSpeed plans.

One of the most important aspects of a web server is security. Keep your WordPress website and its content safe from DDoS attacks. While Apache offers great security features you can set up yourself with some server admin knowledge applied, LiteSpeed offers that and more out of the box.

This is something you should have in mind as the rate of DDoS attacks has increased multiple times in recent years. With its security features, LiteSpeed is not only great at protecting you against attacks, but it also has additional features to keep your connection and bandwidth from throttling while your website is under attack. On top of that, with LiteSpeed, you will be looking at a very capable support team who is quick at reacting to these attacks and quick at fixing any issues caused by the attacks.

The purpose of your WordPress hosting is to have an environment best optimized to work with your WordPress website. As we are sure you know, the overall performance of your website has a lot to do with your SEO ranking and its speed and responsiveness are probably the most important factors included in the ranking.

While your specially optimized hosting plan can do the job, LiteSpeed can take you even further with the aforementioned speed increases which can only positively affect user experience and get your website closer to the top of the respective search engine result page.

As with any other aspect of working and living and thus also web hosting, Having a strong community, support, and leadership is of crucial importance. Luckily enough, this is something LiteSpeed can be proud of.

They offer learning resources suitable for novice users and a vast knowledge base.

Furthermore, their community is strong and well organized. They can be found on social media, as well as dedicated forums.

Finally, something that Apache is truly lacking and LiteSpeed has is live support. A huge part of user experience is having our issues resolved quickly and there is no better attentiveness than you submitting a help ticket and a support operator responding promptly.

LiteSpeed is generally a paid service even though it does offer free trials of all their plans, a free plan, as well as an open-source version (OpenLiteSpeed). Even with the cost involved, you could still be saving long term with Lite Speed seeing that it does reduce hardware costs.

It is making better use of the existing hardware resources and so reduces the need for the scaling of the hardware usually measured in thousands of dollars.

In addition to that, the support available 24/7 can also reduce the need for dedicated server admin staff on board.

Even though LiteSpeed does not have a great share of the market (about 9% as per the w3techs.com) it is targeting a specific audience. LiteSpeed is an excellent Apache replacement for large dynamic websites that aim to increase performance and decrease resource usage.

Furthermore, there is also the aspect of security which once again lets LiteSpeed shine with its amazing features, as well as the cost-effectiveness of this solution.

Choosing a PaaS Cloud hosting solution on the LiteSpeed server will set the grounds for building an enterprise-grade website without compromising its performance by its size or traffic. 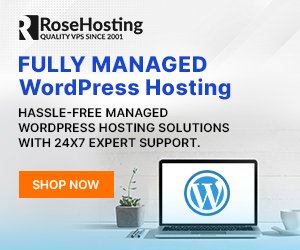