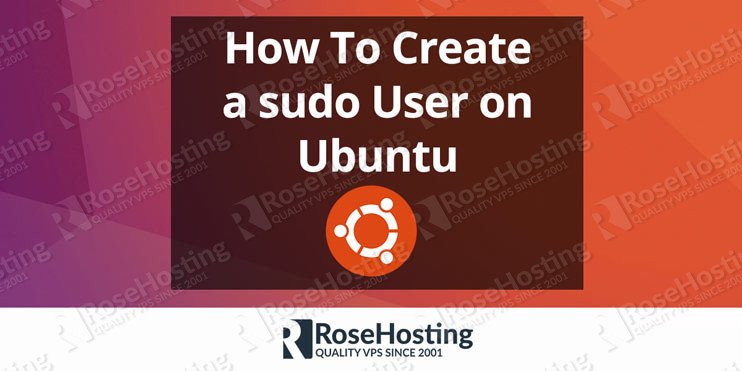 We’ll show you, how to create sudo user on Ubuntu 16.04. Sudo is a Linux-based program that allows privileged users to execute specific commands as the superuser or another system user. Adding users to the sudo group on Ubuntu 16.04 is a fairly easy task if you follow the tutorial below. Ubuntu Add User to Sudoers in five simple steps. Let’s get started.

To be able to create a new system user and allow that user to execute commands as the superuser or another system user, you need to connect to your Linux server via SSH and run the command below. You should replace newuser with the actual name of the user you want to add to your system.

Running the adduser command will create a new user account to the system according to the configuration information defined in the /etc/adduser.conf file. The adduser command also allows you to use one or more command line options such as specifying user’s home directory, user’s login shell, groups etc. Once you run the command you will see the following output on your screen:

Next, you will be asked to enter a password for the newly created user:

Make sure you are using a strong password for your account. Next step is to enter basic information about the user’s account such as name, phone number etc.

Once you confirm that the information you entered is correct, the user account will be added and will be ready to use.

3. Add User to The sudo Group on Ubuntu

The whole point of this tutorial is to help you learn how to allow a certain system user to execute commands as the superuser or another system user. To achieve this you need to add the user to the sudo group. The members of this group have sudo privileges. Replace newuser with the name of your system user in the command below and execute it.

4. Switch to the sudo user

Now, switch to that user:

and run a command that a normal system user is not allowed to, such as the one below:

The command above upgrades all the system software to the latest version and you will get the following output:

You will be prompted for the password. Enter the password you specified when creating the system user to proceed. If you have done everything correctly, the software index will be updated and all your system software will be upgraded.

Congratulations, now you have sudo user which you can use to manage your Ubuntu VPS.

PS. If you liked this post on how to create a sudo user on Ubuntu 16.04, please share it with your friends on the social networks using the buttons on the left or simply leave a reply below. Thanks.