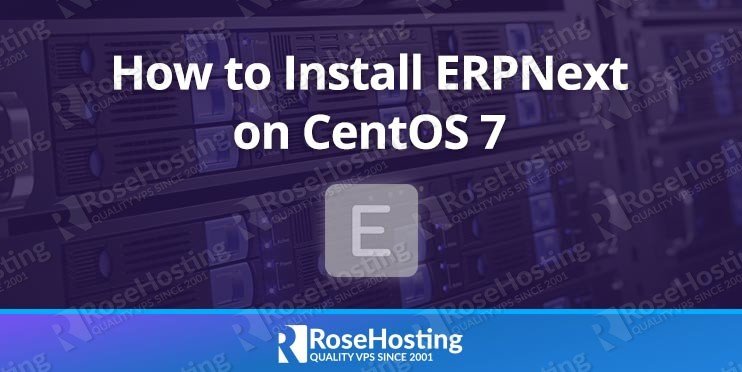 ERPNext is a completely robust ERP framework intended for small and medium-sized businesses. It covers an extensive variety of features, including accounting, CRM, inventory, selling, purchasing, manufacturing, projects, HR and payroll, website, e-commerce, and more – all of which make it profoundly adaptable and extendable.

ERPNext is developed in Python and depends on the Frappe Framework. It utilizes Node.js for the front end, Nginx for the web server, Redis for caching, and MariaDB for the database.

In this article, we will show you how to install ERPNext on CentOS 7 on one of our optimized ERPNext hosting servers.

Make sure your server met the following requirements.

Update the System and Install the Dependencies

Before starting with the ERPNext installation, it is a good idea to update the system packages to their latest versions.

Install the development tool dependencies by running the following command:

Since ERPNext uses Node JS for its front end, we first need to set up the latest version of Node JS. As of writing, the current LTS version of Node.js is version 10.x.

To install, first, we need to run the following command to add NodeJS’ official repository to the system.

Once the repository is added, run the following command:

To verify, run the following to check node version, must be 10.x.x:

Fortunately, ERPNext developers have created an easy install script to save time and avoid any problems with configuring your ERPNext server. This python script will install the prerequisites & bench, as well as set up the ERPNext site.

When installing under a production environment, we need to make sure that we uninstall Apache first as the installer script will set up Nginx. It is also recommended to uninstall MariaDB to avoid conflicts during installation for both production and development. For a development environment, it is safe to leave Apache installed and running as Nginx will not be installed.

To stop and uninstall Apache (required for production set up only):

To stop and uninstall MariaDB (recommended for both development and production setup):

To start with the installation, we first need to download the official script using wget:

The script will require three parameters:

For production installation, use the following command:

An example would be:

The following is the process that will be done by the script:
* Install all the pre-requisites
* Install the command line based bench
* Set up a new bench – contains ERPNext files
* Finally, set up a new ERPNext site on the bench

During the installation, the script will ask for the database and Administrator password. Always remember to use a strong password. Passwords will be located at ~/passwords.txt after installation.

There’s no need to do anything, processes will be managed by the supervisor.

Supervisor is a process control system that enables you to monitor and control processes on systems running Linux. When supervisor is running, it will automatically start the application at boot and will handle process failures. The installer script automatically configured supervisor for your ERPNext application. You can learn more about supervisor here.

You can check processes handled by supervisor by using the command:

You can now log in to your production website without using port 8000 as the Nginx web server is already configured as a reverse proxy for port 8000.

After logging in, you should now be able to finalize the initial setup of your ERPNext application.

8 thoughts on “How To Install ERPNext on CentOS 7” 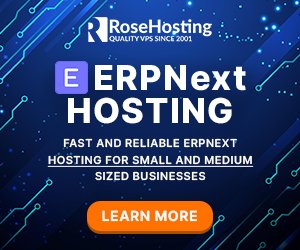 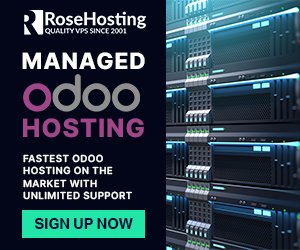