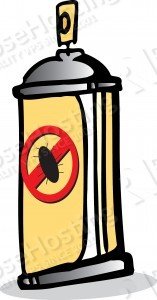 This tutorial will guide you through the steps of installing and configuring Flyspray The Bug Killer on a CentOS 7 VPS.

Flyspray is an uncomplicated, web-based bug tracking system written in PHP for assisting with software development. It was designed primarily to suit everyone’s needs.

Flyspray is free software, released under the GNU GPL license. This essentially means that you can get Flyspray and use it free of charge. The source code is available and you are welcome to modify it according to your needs.

Some of the Flyspray features include:

Flyspray has very few external dependencies and this makes it easier to install and maintain than something like Bugzilla. The following stuff are required to get Flyspray up and running:

Before proceeding any further, ssh to your CentOS 7 SSD VPS, initiate a screen session and upgrade your system using yum:

In this tutorial we are going to use the LAMP (Linux, Apache, MariaDB and PHP) stack on one of our CentOS SSD VPS hosting plans. So install LAMP by following our great article on how to install LAMP on a CentOS 7 VPS.

Once LAMP is set-up on the system, install the following required packages and restart your webserver using:

Flyspray requires a database to store its data. In this tutorial we are using MariaDB, which is a drop-in replacement for MySQL and it’s the default database server in CentOS 7.

First thing to do is to go at http://flyspray.org/ and download the latest Flyspray version available. At the time of writing this article, the latest stable version is 0.9.9.7. OK, download Flyspray archive using the following wget command:

Once the zip archive is downloaded, extract it to /var/www/html/flyspray using the command below:

and navigate to http://yourserver/flyspray/setup/ and follow along with the set-up wizard. Once you complete installation, remove the /var/www/html/flyspray/setup directory using:

Optionally, you can set-up task dependency graphing using Graphviz. To achieve this, install the package using:

and add the path to the graphviz binary in flyspray.conf.php

Enable the reminder daemon if you need reminders and background notifications by setting reminder_daemon to 1 in flyspray.conf.php:

LET US DO THIS FOR YOU?

Of course you don’t have to do any of this if you use one of our Linux VPS Hosting services, in which case you can simply ask our expert Linux admins to install Flyspray and LAMP for you. They are available 24×7 and will take care of your request immediately.