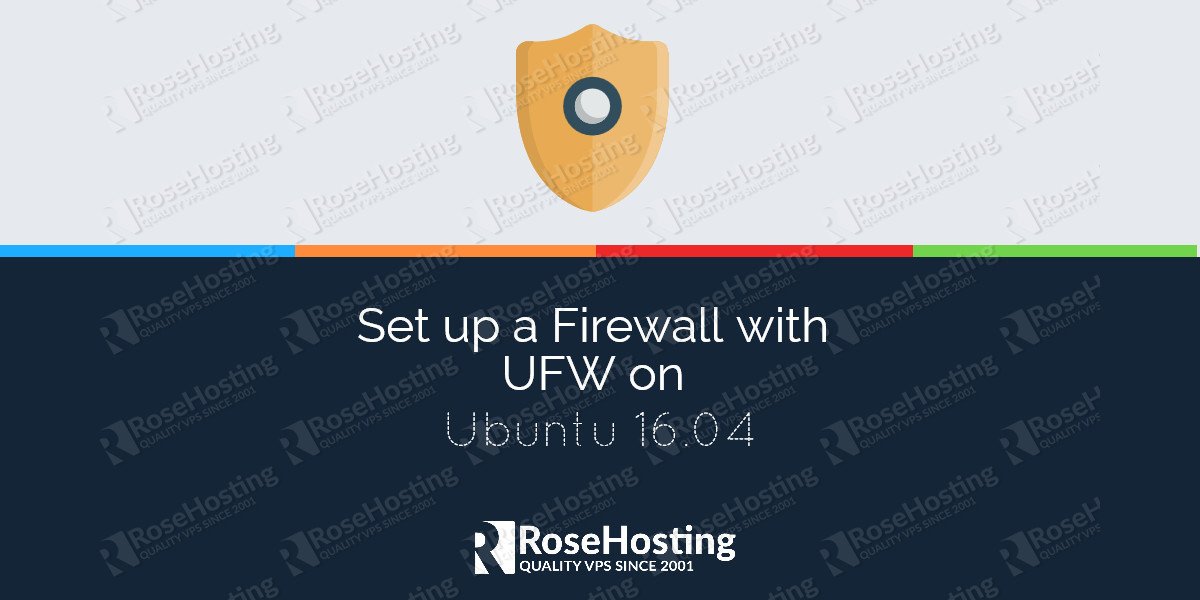 We’ll show you, how to set up a firewall with UFW on Ubuntu 16.04. If you have an Ubuntu server and you like to control the incoming and outgoing network traffic you need to configure the firewall that is included with your system. Linux kernel includes the netfilter subsystem which is a system for packet filtering. The traditional interface for manipulating netfilter is via iptables, which is primarily a database of firewall rules. The Uncomplicated Firewall or ufw is a frontend for iptables and it makes the iptables firewall configuration and blocking IP addresses much easier. In this guide, we will show you how to set up a firewall using UFW on a Linux VPS running Ubuntu 16.04 as an operating system.

Before you start, you should make sure that ufw is installed and running on your server. If not, you can use the apt package manager to install it.

To enable ufw, you can use the command below:

Since the incoming connections to your Ubuntu VPS are blocked by your firewall, nobody would be able to connect to it, including you. Therefore, you will need to allow connections to SSH.

where 22 is the port number where your SSH service is listening to.

Other services that may be enabled for incoming connections could be the following:

Using ufw, you can allow connections from specific IP addresses too. For that purpose you can use the following command:

To check the status, enter the command:

To delete a rule, you can prefix the original rule with delete. For example, to delete the rule you previously created enter the following command:

7. How to disable uwf

In case you would like to disable ufw, you can use:

For more usage commands you can use the --help flag:

The most commonly used ufw commands are the following:

PS. If you liked this post, on how to Set up a Firewall with UFW on Ubuntu,  please share it with your friends on the social networks using the buttons on the left or simply leave a reply below. Thanks.