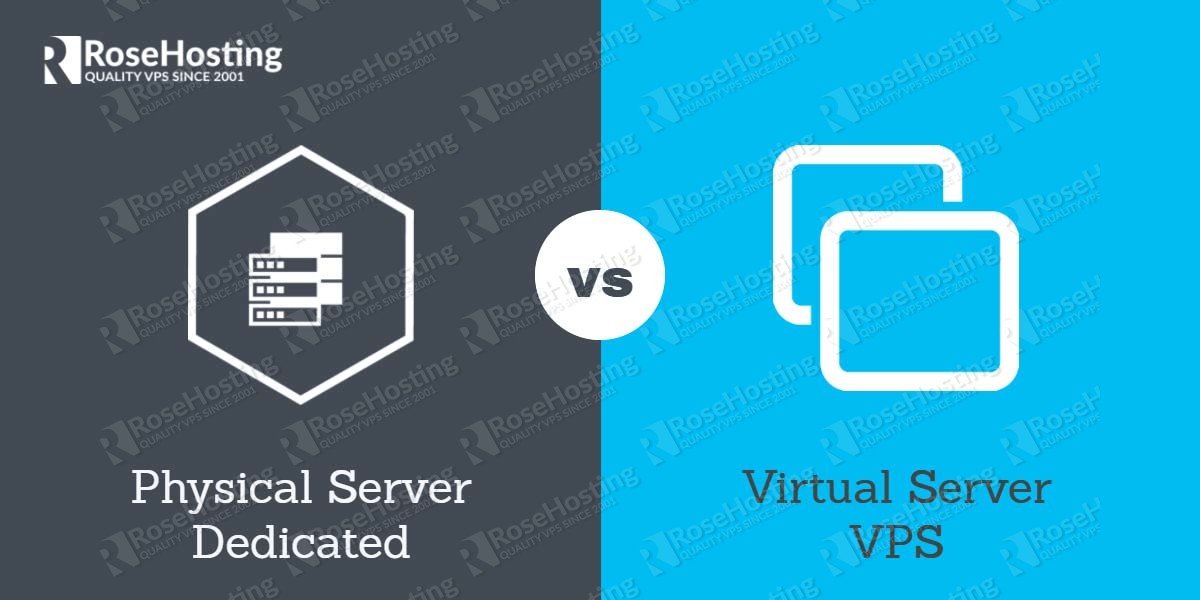 In this blog post, we will explain the key differences between the physical server and the virtual server from a customer’s perspective. We will also try to debunk some of the myths along the way. Hopefully, this will help individuals and companies make better decisions when purchasing a server.

A physical server is just as the name says, a server (physical computer) on which an Operating System, like Windows or Linux runs just as on any other computer. The physical servers are in almost all aspects like desktop computers, with many improvements that desktop PCs lack featuring things like redundant power supplies, raid controllers, multiple network cards etc. The physical servers are larger in size with much more powerful components in general. They all require a separate space in the server rack. Most of the servers also have two or more physical CPUs with multiple cores each.

Virtual server (a.k.a. VPS or a Virtual Machine – VM)

In order for everyone to understand the concept of virtual servers, we need to explain a little bit on how the virtualization works.

When a VM is created it behaves much like any other computer, you can power it on and load an operating system just as you would on any other computer. The OS is then tricked into thinking that it is run on a physical computer. Each VM has its own so-called virtual hardware. The VM has its own CPU, hard disks, and network interfaces. That means that a VM by default doesn’t know that it is a VM unless there is some software on it that will detect that using other means.

Now that we understand the concept of the virtual servers we can make a general comparison of the both from a customer’s perspective.

Are Virtual Servers or Physical Servers Right for My Business?

Virtualization as a technology these days is getting better and better. Almost every company worldwide has adopted the virtualization up to some level. Unless you need the real power of a dedicated server and you also have a large business budget, there is no other reason of why one should not choose a VPS. A VPS, especially if SSD based, is fast, secure and easy to manage.

Of course, you don’t have to do any server management at all. Whether you decide on a VPS or a Dedicated server, you can simply ask our expert Linux admins to setup the server for you. They are available 24×7 and will take care of your request immediately.

3 thoughts on “Physical vs Virtual server”